What You Need to Know to Transition Effectively to Writing Online

My first blog post sucked. There is no two ways about it. When I read it back now, it makes me cringe. It wasn’t because I didn’t have any writing experience. I’d had stuff published in magazines, written for academic textbooks and even edited TV scripts. And yet when I started writing for the online sphere it didn’t work at all.

That first editor sent back my first article four times. I’m not sure if she actually liked the final version or if she just gave up. Probably the latter. She didn’t use me again. “Get some experience,” she said. I smiled and nodded, even as on the inside I was screaming, “What do you mean experience? Haven’t you seen my resume?”

I didn’t get what she meant. Now I do. ‘Traditional’ writing isn’t the same thing as copywriting and content marketing. Only did the former? Then you’re going to have to adjust your style to do the latter. Here’s how.

It all starts with the headline

I was used to writing headlines that were vague, abstract and almost poetic. That doesn’t work online. For one thing, search engines are literal. They don’t get vague or poetic. For another, unless you manage to be evocative, readers don’t care much for it either.

After all, on average they’ve got a thousand things competing for their attention. And unless your article’s headline makes clear right there why they should read it instead of looking at that funny cat video, they won’t.

So the first thing I had to learn was the art of headline writing and how it isn’t an art at all. It’s more a science. Google ‘How to write a headline’ if you don’t believe me. There are hundreds of articles and dozens of tools available. Read them. Use them. For if people don’t click on your headline then everything else you wrote doesn’t matter.

Hook them and reel them in

It doesn’t end there, either. You see, if you think you’ve got them when they’ve clicked on your article, think again. If you’re anything like me, you don’t open one article, you open six. Then you’ll search among those for the one that best meets your needs.

And as you’ve opened six, you’re not going to give each one much time. For that reason, your first line (no, not paragraph, line) has to rock. How do you do that? Is it again about precision? Precision is nice. More importantly, though, is that you manage to connect on an emotional level.

You’ve got to pluck their heartstrings.

That’s what I tried to do here. I used a good ol’ redemption story. People love those. What’s more, for writers who are struggling to write online those first words might be inspirational. ‘If he sucked and now he’s writing for a digital marketing agency then there’s hope for me after all’.

So make sure that first line speaks to the intended audience of your article – not only on an intellectual level but also an emotional one. Only Academics get to be solely intellectual. And that’s because they can make their book mandatory reading for their students.

Shorten everything for a short attention span

Did you know that our attention span is now shorter than that of a goldfish? Yup, goldfish have nine seconds, we’ve got eight. Now that means… wait, what was I talking about? Something about cat videos?

The gist is that the longer the sentences, paragraphs, and sections you use, the more engaging your writing needs to be. That’s because longer means more complex, which asks for more effort on the part of your reader. Only if your writing is so engaging that they can ignore other media streams, will they stick around. That’s getting ever harder, though, for – as the report linked above states – “Heavy multi-screeners find it difficult to filter out irrelevant stimuli.”

(Note, that quote is both an interesting and a great example of how not to write. What’s wrong with ‘people who use many windows at the same time are easily distracted’?)

It works the other way as well. The shorter everything is, the easier your ideas will be to grasp and for your reader to stay engaged. This turns your words from prison bars into wings that carry your readers away.

For that reason, shorten your:

I’ve come a long way since I first started writing online. I now work online full time and very rarely get anything sent back. It was a long road, though. Despite all my experience with the written word, I had a lot to learn.

In large part, that’s because the online sphere is so different. Unlike in a book or a movie, your audience is only there for a few minutes as they seek specific information or distraction. There are also many other channels clamoring for their attention. That means you have a much smaller window to engage your audience and build rapport. Still, I learned. So can you. It might take time, but you’ll get there.

That mountain seems like it’s too big to climb on your own? Then get in touch. At LDM, we can help you not just with your text but with every facet of your digital marketing drive. In that way, you’ll have the space to focus on what want to learn while we take care of the rest. Now, what’s not to love about that? 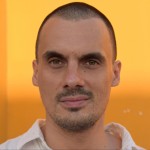 Jelte ten Holt is a digital nomad (though he prefers travelancer) who vagabonds around the world and writes from her many corners. He's written for a wide variety of fields, including academia, television, fantasy, SEO, marketing and blogs (to name but a few). He travels because humanity – with all its foibles and all its victories – fascinates him. This is true not just in the big scheme of things, but in the nitty gritty as well. And when something fascinates you, you study it, you read about it, you spend time on it, you try to understand it. Our species it too complex and what we know too diverse for anybody to truly call themselves an expert on it all. That said, he would contest that - with his social psychology degree, his broad interests and his global experiences (he's lived in a dozen countries and been traveling for four years) – he knows more than most. More importantly, he understands what he doesn’t know, which is possibly even more important if you don't want to sound like an idiot.